Awkward, off-balance, a little self-conscious... how I feel about riding a bike or restarting this blog.

OK, so it's clearly been awhile.

So things that have happened. 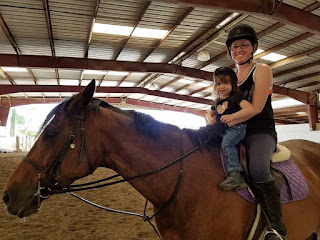 
Liam graduated Pre-K
(and will be 5 next Sunday) 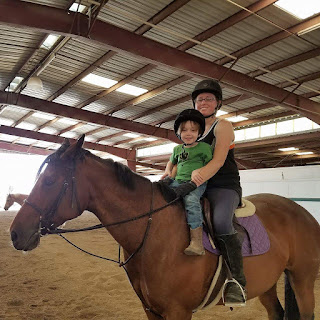 I really did start riding a bike again. My knees aren't super stoked, but I am pleased that it's not as awkward as I thought it would be after at least 5 years of not riding. We got one of those bike trailers for the kids which is one of those cool things I missed out on as a child. 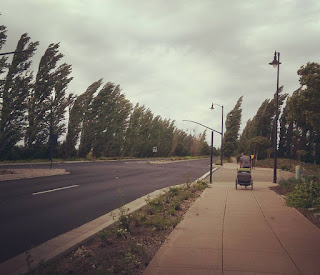 I also started riding my friend's pony one of my lessons per week. Its a two-fold thing. 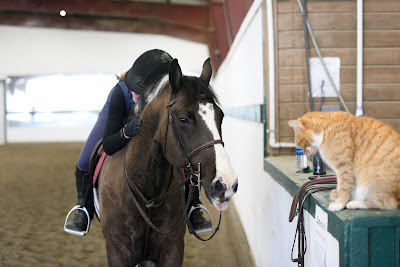 First its my less-brain-more-leg ride. Trooper is super calm, but the little masochist takes some serious leg and crop to keep forward. Its awesome riding him then back to Holly the next lesson. I now know I don't mind a little forward, its a LOT easier then pony club kicking around the ring.

Secondly, a barn mate lost her young horse fairly recently. Heartbreaking for everyone in the barn as he was a big sweetie. SO, on Saturdays, when lesson horse is booked solid, I let her ride Holly, since she has a bad back that pony trots don't sit well with, while I ride Trooper. She's a quiet rider, and its fun watching how Holly behaves with her (usually better then with me lol).

Holly has been great, especially considering it was spring, with ya know, hormones, and 40mph wind. She's definitely calmer than when I got her and now we get to work on the harder stuff like counter-canter without taking out other riders in the turns and the dreaded turn on the haunches to the left. 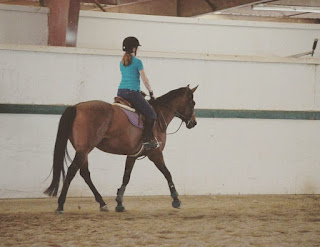 I've been back to doing super baby, tiny jumps with some of the younger lesson girls. Holly gets upset if I don't jump something in a lesson. When I was jumping her all the time, I as never sure of her desire for it, but now that we barely jump, I see her lock onto jumps as we canter by, ears perked, body game. If I could just shrink her down 2 hands I'd keep her forever. Or lotto. Need to win lotto.

That's the brief update, leaving out the unhappy stuff like illnesses in the family, finances, super-stressful work crap, etc... its too sunny out to dwell on right now.

Now to get hubby/ photographer back out because I am in need of some better then cell phone pics. ;)