Tuesday lesson ended up being really good, even though miss Holly was a little overly friendly with the boys, and I'm pretty sure she invited Ramone over to her side of the wash racks to make pretty babies while we untacked (he declined).

Don't know what clicked in that little brain of hers, but she's being better, and I'm happy. Worked on me trusting her enough to do a nice, loose rein, stretchy trot.

Cantered about dodging kids and again working on shortening and lengthening strides (and backing princess up when she thinks its my job to hold her head up for her).


Baby jumps but we had decent changes and rode through some really crappy distances. I have to get used to forward and she has to get used to adjusting not just adding the worlds smallest stride when she thinks its long.

Finished up and followed L down to the outdoor to park Holly while she jumped her dinosaur aka Ramone around bending lines and crazy gates. 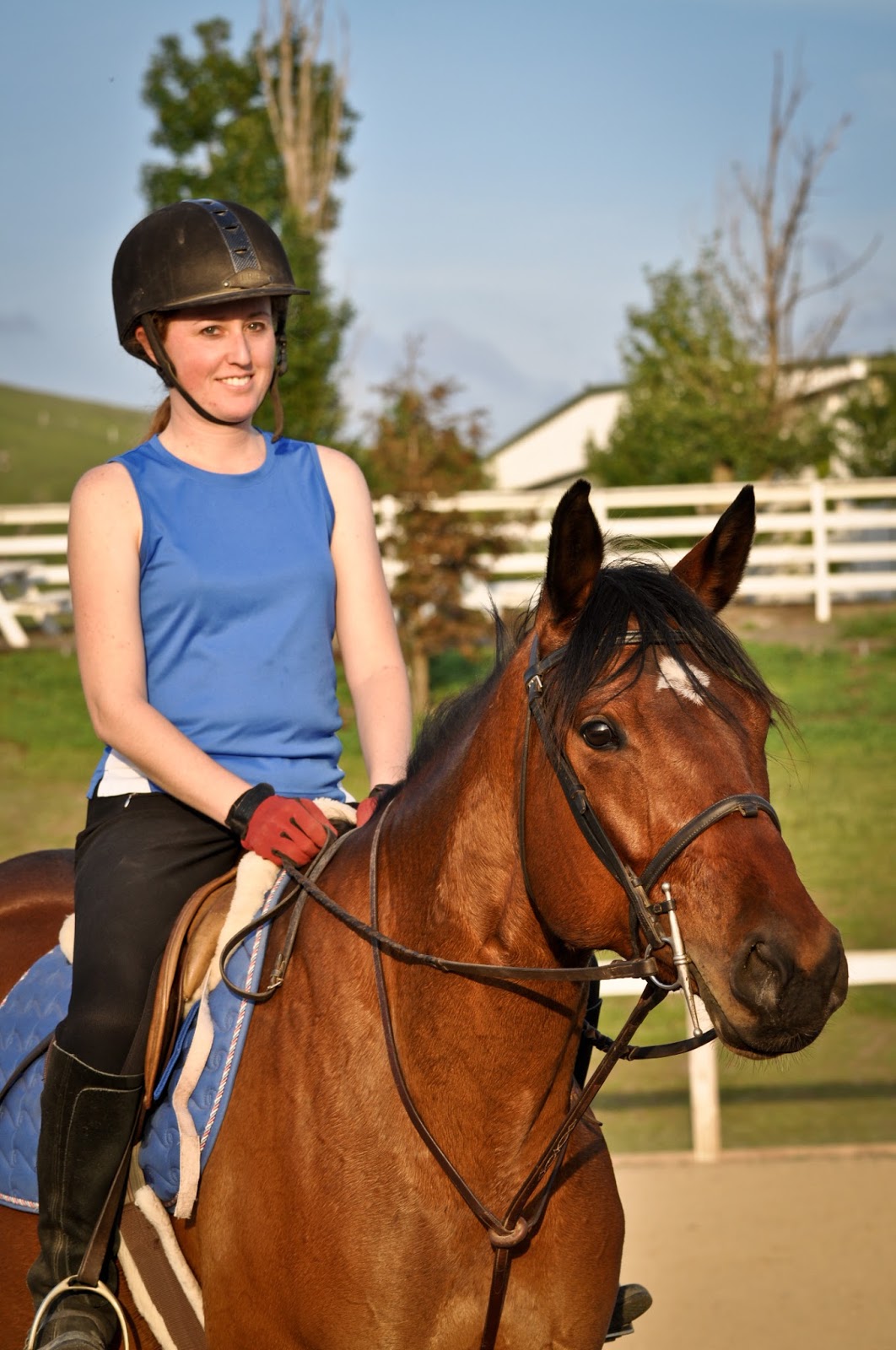 Wednesday was another indoor lesson. It ended up a flat lesson which was fine by me because I was sore and had a fat headache.

Worked on her frame and my inability to post on the correct diagonal lately from the first stride. I have gotten the bad habit of just starting to post, then fixing the diagonal, instead of just being on the correct lead from the start. Sigh... so many little things to fix. 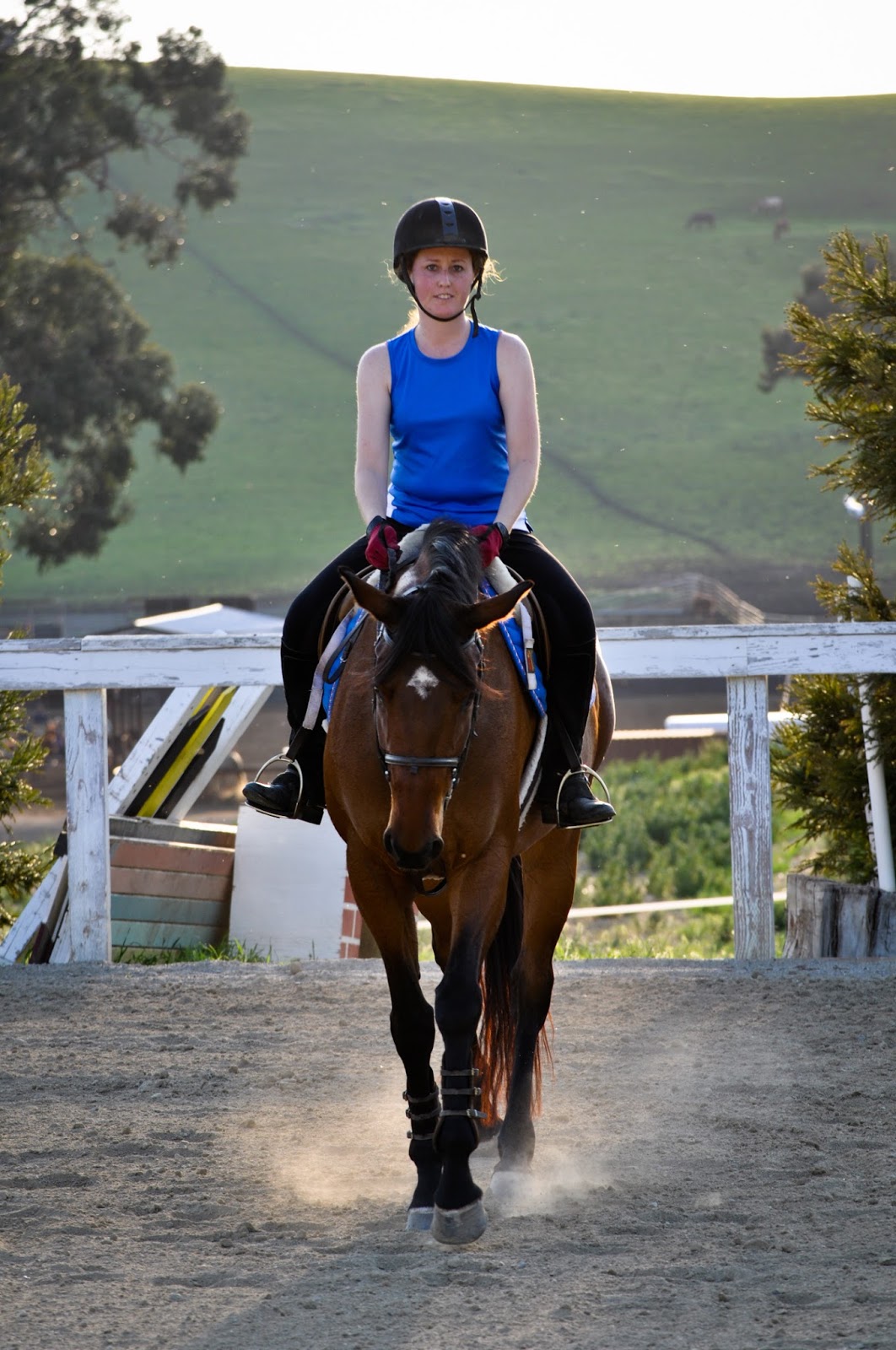 Saturday lesson wasn't as crowded as usual. I was LATE (alarms only work when you turn them on). Rode with L and another gal on one of the calmest stallions I've ever seen. Luckily Holly didn't seem to notice she had such a stud muffin riding with her.

Lots of trotting while the other gals jumped... decent frame, she's getting so much easier to push up into the bridle, just need to work on keeping her there in the corners etc. Cantered (long stride on long side, short stride on short side).

Then it was my turn to jump. I kept getting left a bit behind, think I am in a bit of a chair seat, but tried to just relax and overall, it felt really good.

Holly was just there to do her job, no crazy fussing, spooking, and she definitely brought her super stride with her. I have to accept she feels better with more pace, and over at least 2'3", she has to pay attention and cleans herself up a bit.