This week has been kinda gloomy. Weather and riding. My horse is PMSing, no bueno. Muy no bueno. But I get ahead of myself....

Monday was a trainer ride. Apparently Holly was a beast, and Trainer said NO GRAIN! When she text me. She had already been off it for a few days while I was out of town, so I was like sure, I just bought a bunch more, perfect timing (argh).

Tuesday was an am lesson. I was a little bummed we stayed in the indoor because it was going to be our last day of sunshine and warmth. Holly was indeed a bit fire-breathing. She did plenty of bucking in the round pen and then continued to be high and full of it pretty much our whole ride. We went straight to a trot, and did plenty of it. Jumping was short but clean, so short the hubby didn't even notice we were jumping til i was done (no video boo). 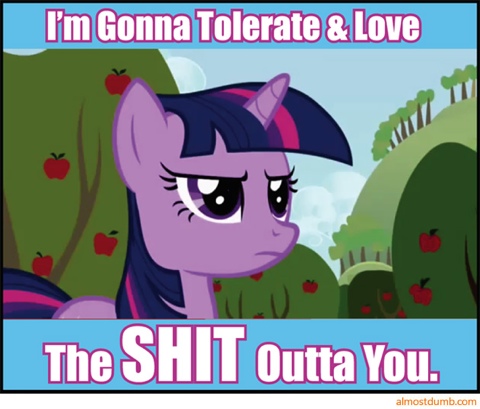 Wednesday was another morning lesson. It was blustery cold, windy, and on and off pouring. Not exactly fun weather to be out in. Holly again felt like she was just humming with extra energy. We lunger indoors a bit and got right to trotting again. If I kept her ADHD brain focused she didn't spook and would frame up, but it was hard. There was several other people riding, a trainer doing another lesson, a new OTTB being lunged. It was a great time for my trainer to say "drop your irons". Eek. Did that till my thighs and lower legs cramped (I had already been trotting a decent amount) and one of the other trainers finally shouted "you're going to kill Kat", so my trainer finally let me pick up irons and slow to a walk for a bit.

Jumped a little like 18" vertical just to the left, her easier way, a bunch of times. Considering it was gusting and things were flapping, I only had to circle her once and she was good if I gave her the leg support she needs (not too much, not too little).

Then we cantered to the jump. Little thing, I know, but I haven't been cantering jumps with her, and it felt like a huge deal to start. I'm dumb, she was awesome. adjustable and non-dramatic. She also seems mostly over her crazy distances she used to take when we first got her. It makes me excited to do more with her, even though i know she's a beast at times when the WS does courses with her, I'm not feeling like such a weenie about jumping her.

Thursday/Friday Trainer/ WS rides, she was still bratty, but at least she tires out faster by then end of the week.

Saturday group am lesson. Ok, I really have a tough time making a 9am On Time. I'm either rushing from work, or just dragging butt. I'm not a morning person, I work nights lol. It was a decently packed indoor, meaning I was 3rd in line to lunge, taking a lot of my lesson time, and getting me scolded for not arriving sooner.

Funny thing, I think Holly's more of a bother lately on the flat than jumping. That's like mind-blowing when you're kinda afraid of jumping. Other then one big spook where she pretty much ducked out from under me as I was up-post and I again clung to her neck fearing a dirt landing (good girl stopped), and we regrouped and moved on.  Lord help a spacey rider on a spacey horse. ;)

We had to canter in groups, then L and I jumped. There was a gymnastic set up, but we just used one of the center jumps and trotted it at a bit of an angle. Holly was totally game, and even did some pretty nice lead changes when I applied enough leg to send her forward. As another trainer said to me after, when I figure out how to be the calm alpha Holly needs, and just relax into everything, we will be amazing together. Very true...Then L jumped some big stuff totally impressively with Ramonasaurus.

Such non-dramatic jumping.
I got left behind a couple times, oops ;)

Trying to figure next weeks schedule out since I have things like taxes and work meetings to deal with.