Super long, so feel free to just look at photos ;) They are all from last Tues and Friday... 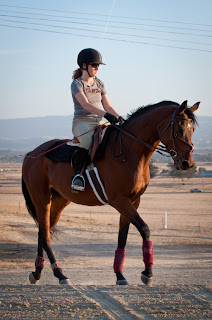 Ok, so I'm like so behind, I'm not even sure what I've missed.

Last Tuesday I rode Holly and Karley and I survived a dust bowl of an arena. At least the lung clogging dust made for good pics.

I worked on  ground poles with my lady to work on straightness, and keeping a consistent speed. She's very sensitive on her left side so its easy to get squirrely with just a little spur.

The video isn't really interesting, so I'll keep it to myself :) 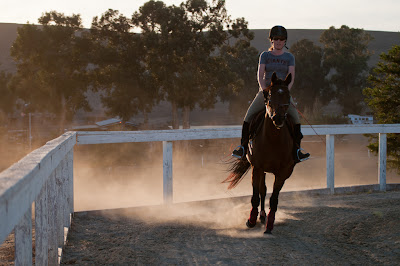 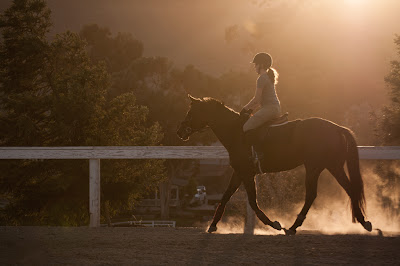 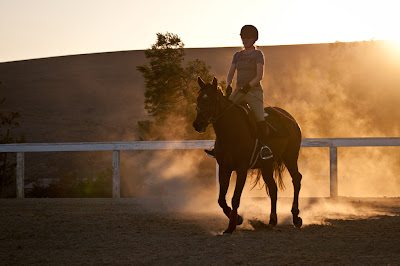 Friday I rode Magic to keep up on my jumping skills (or lack there of). J ended up jumping Holly, which was awesome getting to see the difference in what I am used to jumping (Magic) next to my new ride. 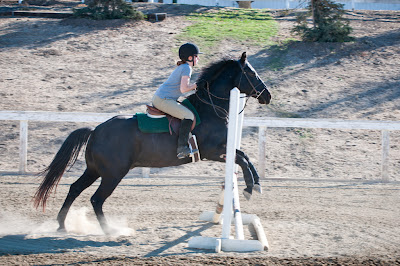 Of course J has awesome eq, and makes even the awkward distances look better then my best (something to strive for right?).

We jumped variations of a line and a little vertical with parts of a tree under it. Neither horse cared much that the jump had sprouted a tree which was nice.

Monday morning I rode Magic again in the indoor (too dark so no pics), after quite a long weekend of working nights and still trying to have a horsey/ family/social life during the day.

I rode with the kids (yay moving obstacles) and my trainer rode Holly. She showed me some tips to keeping her head up, etc.

We did two ground poles down one side then around to one on the other side. Since they were set in from the rail, it felt like I should have barrels at either end to make the turns at a good canter. My arms are tired, Magic and I both got our workouts for the day, poor fuzzy beast.

This am I rode Holly again. I was already super tired and felt like I was kind of a hot mess. Didn't turn Holly out first and she was the most spooky, twitchy she's been. Which wasn't bad, just caught me off guard. i'm thinking she may be having her special mare time... ahh mares. 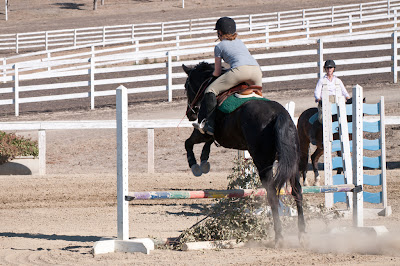