First "Show" and other such things...

Lesson Wednesday that was so exciting, I can't even remember much of it. Lots of halting and backing, and avoiding the rope jigglers wiggling their horses across the other end of the arena.

Saturday I was super late and we rode in the lower arena, so Holly was wound up. After bounding around the lower bullpen and a few little spooks later, she realized we were going to keep working and settled in. I love that she had her blonde moments, but works through it. Jumped a little x, right towards where she was spooking. Another rider's man was standing there (what she spooked at) and finally he was Vanna White-motioning me past him, down the rail (face-palm). Finally got it right and quit. 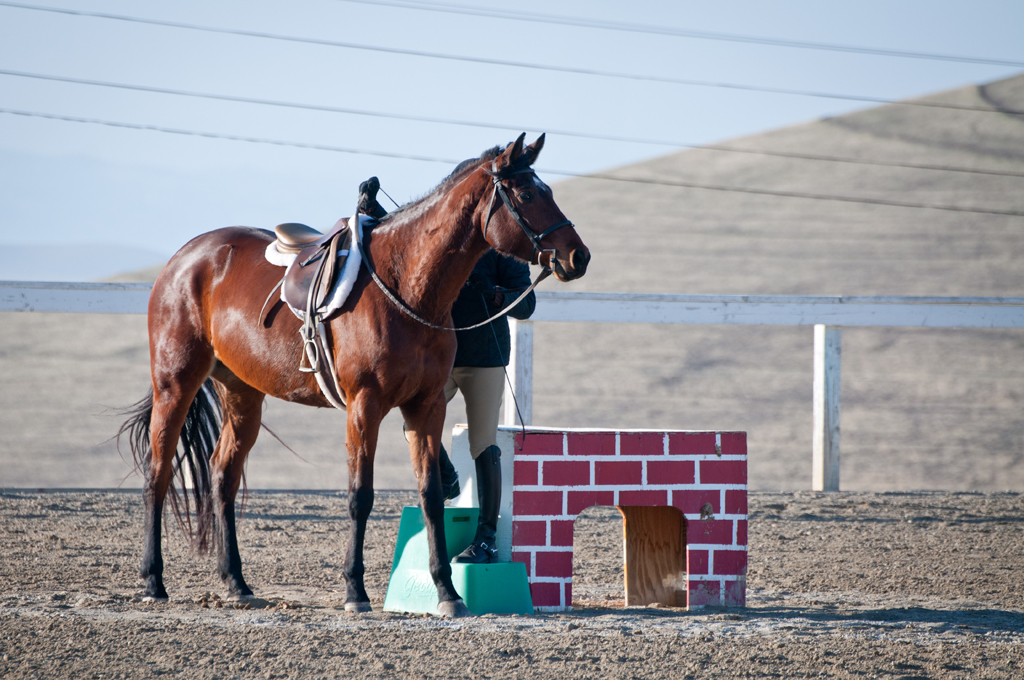 Sunday = Show! One of the other trainers had her little schooling show. It was very small and low key. It was also in the 40's and windy as all hell out. Awesome. I had ditched work a couple hours early, squeezed in a power nap, ditched the kid, and dragged the hubby toting our camera down to the barn.

I got lucky and was able to snag the trainer's Butet. Cleaned it up, applied very generous amounts of Vetrolin Shine to my fuzzy beast and tried to run some of the crazy out in the round pen. Walked her down the the arena since it was so crazy windy and there were people milling about in blankets carrying chairs etc. Got on and got straight to work. Lots and lots of trotting.... 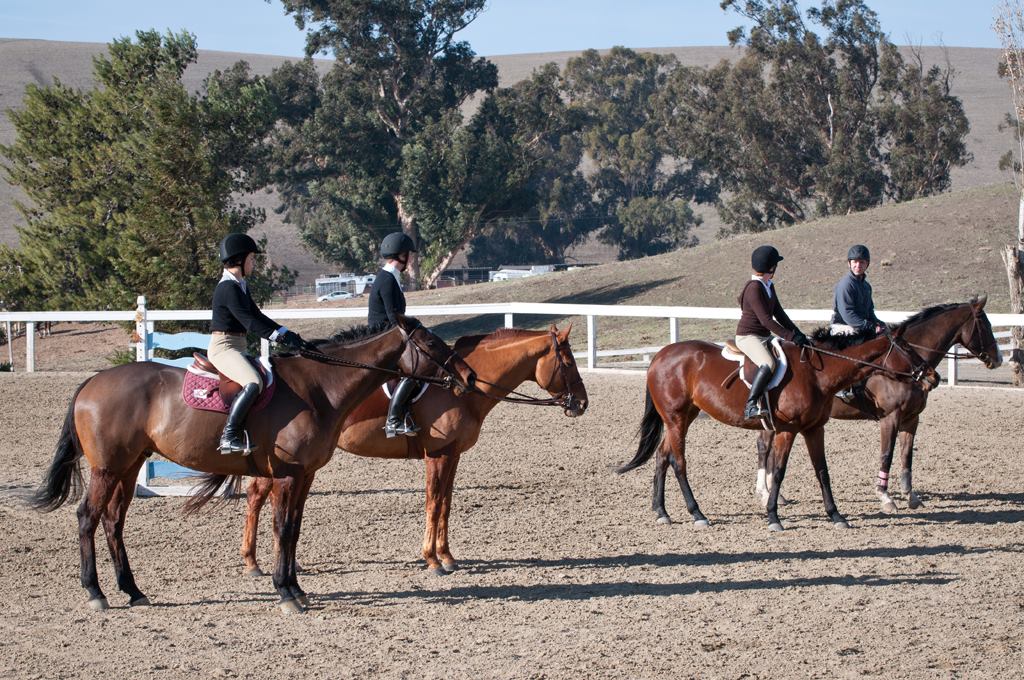 Ended up doing the W/T, W/T poles, and W/T/C classes. They went really fast. Got 2 seconds places and a first. Not exactly a big wins (we won candy), but hey I'll take them since I don't have anything else under my H/J belt. We had great representation from our barn, two adorable kids, and Karley, L, and I, pretty much half the people in the show. 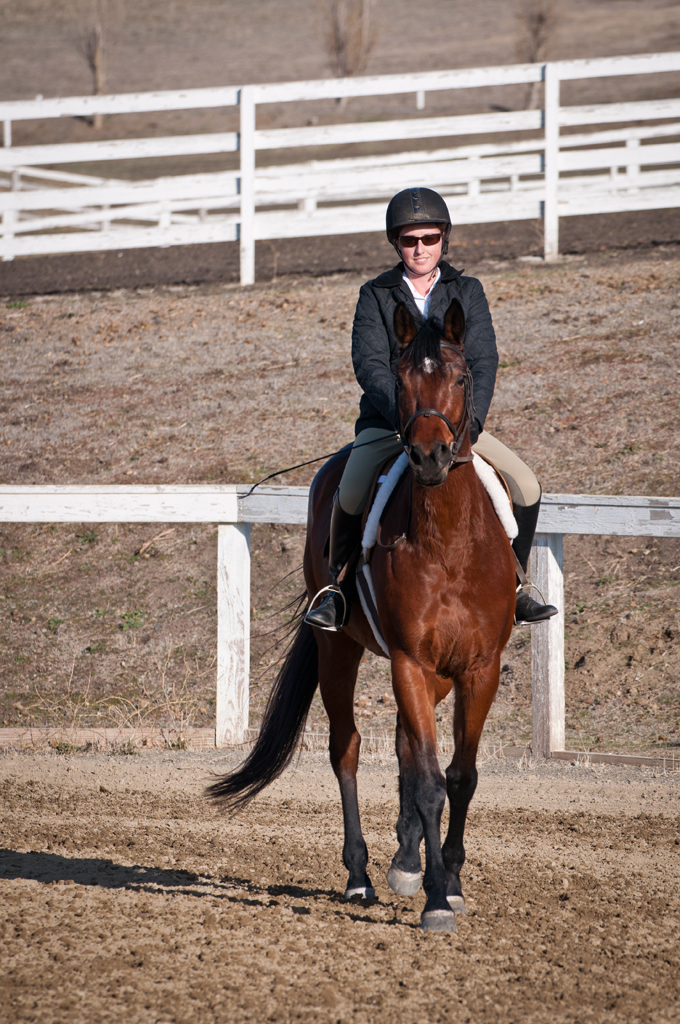 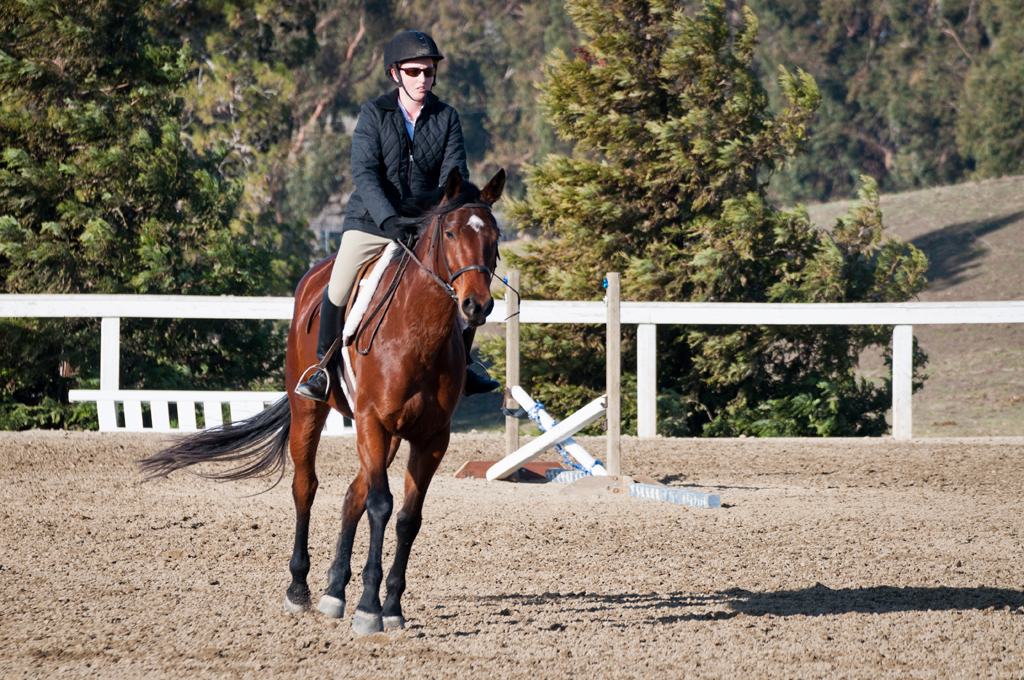