Went to the County Fair...

the birds and the beasts were there... Sorry, my brain is now chalked full of kids songs and nursery rhymes... I listen to lots of hard rock on my way to work to counter the effects ;)

Friday- It's still hot. Woke up (in the afternoon vampire night-shift-worker that I am) and dragged down to the barn. Of course Magic had rolled in some awesomeness and was a filthy pig, double annoying since he is ridden in the morning, which means it happened in just a few hours in between. Got the beast presentable and hopped on in the indoor. A little girl was getting a lesson on another trainer's rather naughty pony, making doing consistent laps rough with the pony darting in and out in front of us. The other trainer was so apologetic, but I kept replying with the truth, I don't mind when its a little kid learning, we have all been there. L was there with Ramone, it was so nice not being the only one on our end of the barn. 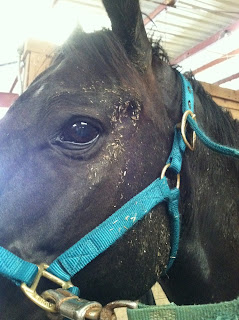 Saturday- Went to the fair with my little one in tow. Out of everything he loved the motocross show, apparently big loud bikes are enthralling, and probably something in his future. It was pretty dang hot again so we kinda bounced from shade to shade. We saw some Arabian horse races, its funny, they're harder to see over the rail lol. Watched the Frisbee dogs, further confirming my lack of ability at dog training. Next year will be all the kiddie rides etc, but I love all the animals and art. 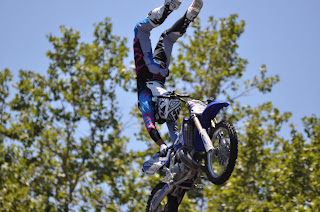 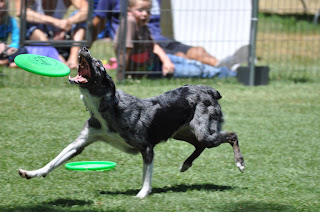 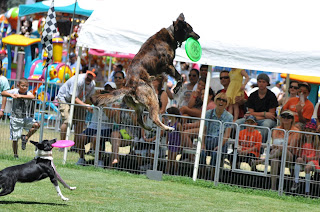 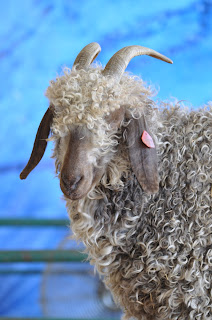 Monday- Hack with Karley day. It was... you guessed it... hot. Not in the hundreds at least but still in the 90's when I arrived out at the barn. Luckily Magic was clean, so I quickly groomed, ran him a bit in the round pen (got a few bucks out) and walked him in through the 'scary' open end of the arena. After a few snorts, he really had no reason to play it up after that, we both knew there was nothing there. Did lots of sitting to posting transitions back and forth, trying to not lose impulsion. Karley got a couple pics of me at the canter, up creep the heels again... 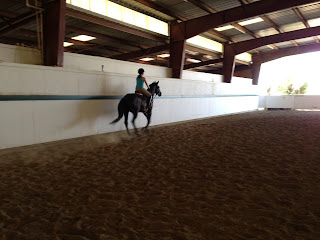 Lesson this morning, more on that later :)
Posted by Kitty Kat at 3:25 PM